Rebel Wilson declared 2020 to be her “Year of Health,” and clearly, all of her hard work is paying off!

While working on the movie Cats last December, the 40-year-old actress told ET that she “lost eight pounds in four days” from all the moving around and dancing involved in shooting her number.

Ever since, Wilson has been committed to improving her health and fitness routine, and has taken fans along with her on the journey. The Pitch Perfect star, who has been working with trainer Jono Castano, debuted her trimmed-down figure in a post shared to Instagram in August. Rocking a navy blue dress with black flats, Wilson was all smiles while snapping pics.

“Thanks for all the love so far on my Year of Health journey,” she wrote. “When I was reaching for the candies last night after dinner I thought to myself ‘hmmmm…better not’ and had a bottle of water instead x 8kg’s to go until I hit my goal – hopefully I can do it by the end of the year.”

…to surfing lessons in Malibu…

…and bicep exercises using a 4.5 liter bottle of Grey Goose vodka in Monaco, Wilson certainly got a little creative with her workouts to keep them fresh and fun.

Two months later, Wilson shared that she was about to hit her goal weight of 165 pounds. She revealed on Oct. 4 that she was approximately six pounds from the impressive achievement.

“Happy Sunday everyone! Gearing up for a great week ahead,” she shared at the time. “This week was super busy but I got up super early 3 times (6am 😜) and went on a hike.”

“Even did a couple of 100m sprints to get the heart rate even higher (although my ‘sprint’ is probably someone else’s ‘slow jog’ 😝),” she added. “I felt proud of myself and now only 3kg’s away from my goal weight!”

And on Nov. 29, Wilson excitedly announced via Instagram Stories that she achieved her goal “with one month to spare.”

“Even though it’s not about a weight number, it’s about being healthy, I needed a tangible measurement to have as a goal and that was 75 kg’s,” she shared.

Developing a manageable health and fitness routine isn’t the only thing that seems to be making Wilson smile in 2020, however. The Australian actress has struck up a new romance with Jacob Busch, and we can’t get enough of all the sweet pics she’s been sharing of him on social media!

Fans have been showing Wilson plenty of support over the past few months for both her weight loss journey and her new relationship. In mid-October, for example, Wilson posted a photo of her and her beau on the beach in Cabo San Lucas, Mexico. The actress wore a lacy black swimsuit coverup and shades, while Busch rocked Budweiser shorts.

“As someone on a weight loss journey myself, I am incredibly inspired by how amazing you look…hard work pays off!!” one fan commented, with another writing, “You go gurl! He’s hot! 😜.”

Wilson also shared a video of the two lounging at one of the resort pools, fittingly adding James Brown’s “I Feel Good” as the musical track.

In another pool pic, of Wilson rocking a bright pink swimsuit and happily throwing her hands in the air, she joked, “I’m ready to step in for Australia at individual synchronized swimming.”

As happy as Wilson is to see results from her new lifestyle, the actress has been candid with fans throughout her journey, reminding them that this type of change doesn’t happen overnight. She has shared some of the struggles she has faced (and continues to face) along the way.

“Even if you have to crawl towards your goals, keep going, it will be worth it,” she wrote in a post shared to Instagram on May 26. “Try and give a little bit of effort each day…I know some days are frustrating as hell, you feel like giving up, you get annoyed at the lack of progress…but good things are coming your way.”

“I’ll be honest with you guys … these things require a daily effort and there’s constant set backs,” she added. “But I’m working hard.”

Hear more in the video below.

Rebel Wilson Returns to Where She Started Her ‘Year of Health’: Pics

How Rebel Wilson Is Persevering Through Her ‘Year of Health’

This video is unavailable because we were unable to load a message from our sponsors.

If you are using ad-blocking software, please disable it and reload the page.

Wed Dec 9 , 2020
Prince Harry yesterday praised the British Armed Forces for the “amazing step” of incorporating these mental health techniques into annual training. The Duke of Sussex launched HeadFIT in April after three years’ work beginning in 2017 through the Heads Together campaign. Now the project is being included in mandatory mental […] 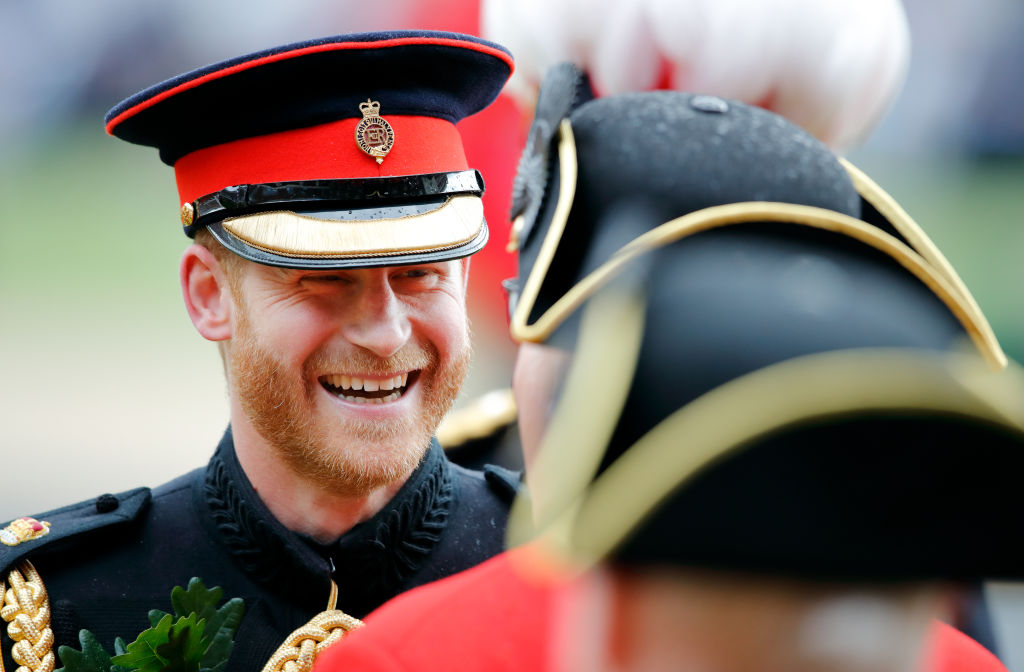