For most of the summer, the wellness community has been upended by controversy over a popular diet.

F-Factor, a program that launched with a book in 2006, claims to offer simple weight loss for women by emphasizing fiber.

But in recent months, women have said that the program and its powders and bars gave them a slew of health problems, with some telling Insider that they believed the diet was to blame for issues including eating disorders, hair loss, amenorrhea, rashes, and severe gastrointestinal symptoms.

Emily Gellis, a fashion influencer with 183,000 Instagram followers, became the face of the anti-F-Factor faction, posting hundreds of stories per day screenshotting direct messages from women who alleged health problems related to F-Factor.

The diet’s founder and company CEO Tanya Zuckerbrot, a registered dietitian based in New York, became the Instagram health and wellness community’s most controversial figure.

Soon, several other influencers weighed in on the drama, expressing support for Gellis and her mission.

Here’s a timeline of how the drama unfolded.

F-Factor has long offered women a vision of health and thinness if they follow a high-fiber, low-calorie eating plan

Zuckerbrot published “The F-Factor Diet: Discover the Secret to Permanent Weight Loss,” a book describing how to follow the diet, in 2006. The book became popular, earning positive reviews from Dr. Oz and Megyn Kelly.

Zuckerbrot was featured on the “Today” show in 2011 and in a profile by The New York Times in 2013, where she promoted the diet and its “eat carbs, work out less” trademark.

As Business Insider’s Dana Schuster previously reported, Zuckerbrot charges some clients up to $15,000 for a startup package and has put her glamorous lifestyle, including a $22 million Park Avenue apartment, on social media display.

Emily Gellis, a fashion influencer, began posting anonymous complaints about the diet on Instagram at the beginning of the summer

Gellis soon began talking about the diet on her own Instagram stories, and gained thousands of followers as she started receiving direct messages from women telling their stories of negative F-Factor experiences.

Other influencers, including @thewellnecessities, caught on and started weighing in on their own pages. By August, criticizing F-Factor was in vogue within the fitness, health, and wellness Instagram world.

After weeks of women asking for answers on Instagram, the company responded to the controversy, focusing on the claims against the products rather than the diet itself.

“The trust and safety of our consumers is our top priority and we respect your concerns,” the statement said, promising customers that the company would soon release a certificate of analysis to prove that the products were safe for consumption.

The New York Times featured Gellis and Zuckerbrot in an August 24 article, including glamorous original photographs of Gellis. The article brought the story off Instagram and into the mainstream.

Women spoke to Insider about their experiences on the diet, including hair loss, hives, and eating disorders

On August 25, Insider reported on four women who said that they had struggled with several health problems after following the F-Factor diet or using its products.

Sami Miller, 24, said she entered an eating disorder treatment facility, experienced gastrointestinal distress, and lost her period (amenorrhea, the pausing of menstruation, is a common side effect of anorexia or low-calorie diets) after following the diet.

Anne McCall, 60, said her eyes swelled up and she had full-body rashes when she began adding F-Factor products into her regular diet.

Zuckerbrot said in interviews with Insider that her diet and products were safe and that the controversy was an anti-diet campaign against her.

She also said in an interview with Insider that the company deleted some negative Instagram comments.

Zuckerbrot appeared on the “Today” show on August 27, where she spoke about allegations against F-Factor’s products

Two days after Insider published that initial investigation, Zuckerbrot said on the “Today” show that her products were “100% safe for consumption.”

Zuckerbrot again said the diet could not cause health problems, and that adverse effects from the products were due to allergies or the introduction of fiber too quickly.

The same day, the company released a certificate of analysis of one of its powders

Zuckerbrot released a certificate of analysis to demonstrate the safety of F-Factor’s products, and told “Today,” “I do regret that we did not share this information sooner.”

The company released the certificate in an Instagram post to appease former F-Factor dieters who’d been demanding to see it via Instagram comments, because of their concerns about excess levels of heavy metals.

The analysis showed that the products were safe, but many people commented on Instagram saying that they didn’t believe the certificate was legitimate and didn’t show that eating multiple servings of the products — as Zuckerbrot and her advocates have said on social media — was safe.

Insider reported on the company PR response, including the use of legal threats and history of deleting negative comments

At the end of August, influencers including Gellis said several former F-Factor employees had received cease-and-desist letters from the company for allegedly “slandering” F-Factor and Zuckerbrot on Instagram.

Insider reviewed all seven known cease and desists as a part of a story about the company’s response to the controversy.

Some women told Insider they hadn’t come forward before with their complaints before because they saw no negative reviews or comments on the website or Instagram page, and trusted Zuckerbrot and her “all-natural” products.

They said they lost time, money, and trust in their bodies before considering a possible link between their experiences and the diet and its products.

An F-Factor spokesperson told Insider that the company would not stifle free speech from former dieters as long as they did not spread “lies.” Several women still said they felt the company wasn’t doing enough to show empathy with former dieters facing health problems.

Zuckerbrot appeared on an Instagram live September 6 to read a lengthy prepared statement, and did not allow comments

She re-emphasized that the products are “100% safe for consumption;” that her book, not her social media feed, should guide people in following the diet, which she said again is not restrictive; and that reports about a toxic company culture can’t be trusted because they come from anonymous sources.

On Wednesday, in an Instagram Live video that is no longer available on her profile, Zuckerbrot reacted to concerns raised by a wellness influencer that her social media feed contradicts her book, with the former promoting the powders and bars that didn’t exist when the book was published. The influencer also said she pushed the most restrictive phase of the diet onto her followers.

Zuckerbrot said again people shouldn’t take nutrition advice from social media alone, and that her diet is not restrictive.

In comments, Zuckerbrot was criticized for “gaslighting” Alexis and others by blaming the victims. “That is a very nasty accusation,” Zuckerbrot said. “This is the opposite of gaslighting.”

On September 10, Business Insider released an investigation into F-Factor’s workplace culture, including interviews with former F-Factor employees who said Zuckerbrot fat-shamed them and policed their eating

In the story, by Dana Shuster, former F-Factor employees said their eating habits were policed by Zuckerbrot in a way that contradicted F-Factor’s image as easy, non-restrictive, and accepting of carbs.

Some employees also said the CEO told sexually explicit jokes that made them uncomfortable, and all said the workplace required them to wear high heels and suggestive outfits.

The same day, the company added a “facts” page to its website to “correct the record” and answer frequently asked questions

The page links to other F-Factor resources and reiterates past statements, saying the products are “100% safe for consumption,” that it can’t respond to anonymous complaints, that the program doesn’t promote disordered eating, and that it doesn’t have a toxic work culture.

Followers criticized the announcement of the new page, with one highly-liked Instagram comment saying, “You are losing so much credibility and trust from your customers by the way you have handled this whole situation. It’s so simple to take accountability. … It’s not too late to do the right thing.”

Read the original article on Insider

5 Ideas For How to Take Care of Your Mental Health, According to Common

Tue Sep 15 , 2020
From Men’s Health Ever since Common first came onto the music scene back in 1992, he’s never been shy to discuss struggles in his personal life—or the strides he’s made to overcome them. In the inaugural Mental Health Live event with Men’s Health, the rapper sat down with Dr. Drew […] 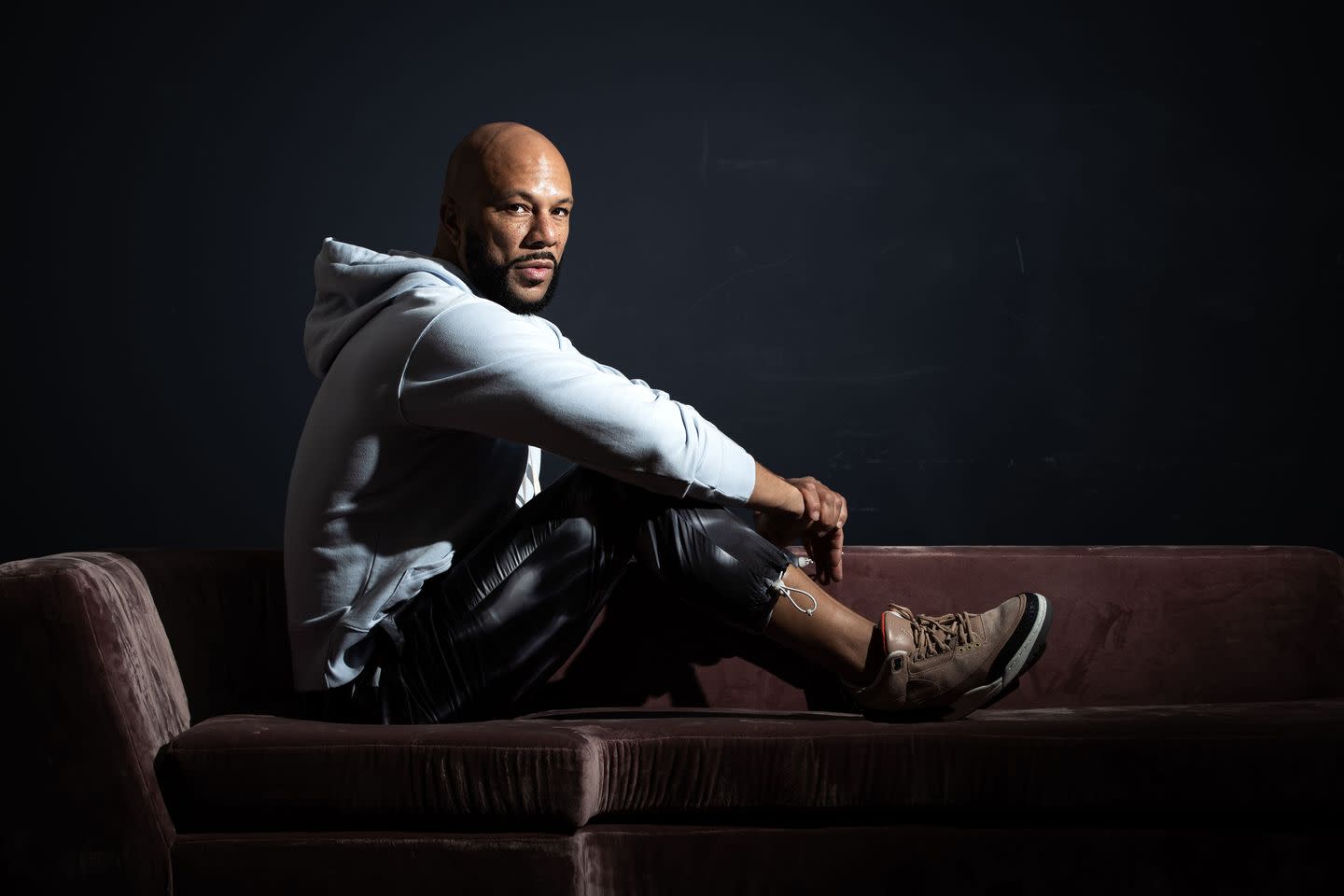