About Joseph Burns and Bara Vaida 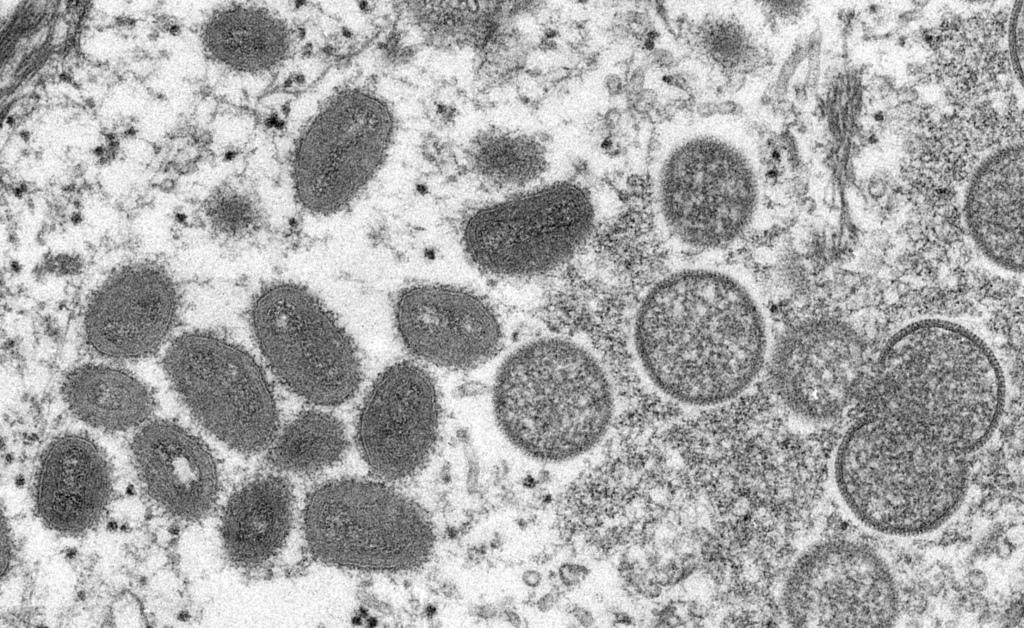 The world isn’t done with the SARS-CoV-2 virus pandemic, and now another pathogen has public health officials on high alert: the monkeypox virus.

Monkeypox is a rare viral disease seldom detected outside of west and central Africa, where the disease is endemic. Recently, it has emerged in places globally where it isn’t endemic and impacted populations that aren’t typically vulnerable to the virus, which causes a rash, skin pustules, fever and body aches.

As of May 21, the World Health Organization reported 92 laboratory-confirmed cases and 28 suspected cases in 12 countries where the disease isn’t endemic, including the United States. On May 23, the CDC said there has been one laboratory-confirmed case in Massachusetts and four suspected cases in three U.S. states — Florida, New York and Utah. Those infected are mostly men, but in the past, monkeypox cases have mostly occurred in children.

Monkeypox showing up in places where it isn’t endemic and affecting a different population is concerning public health officials. The initial sequencing of the monkeypox cases shows the strain is similar to the endemic virus in west Africa — raising questions about how it was transmitted — as many of those who have become sick never traveled to Africa.

“The emergence of the virus in separate populations across the world where it doesn’t usually appear has alarmed scientists — and sent them racing for answers,” wrote Max Kozlov in a  May 20 Nature article. Much of what scientists know about monkeypox is based on 1,500 cases as of 2018.

Over the weekend, President Biden said monkeypox is “something everyone should be concerned about” and “would be consequential” if it spread. He also said it isn’t as worrisome as COVID-19, which is surging again. The U.S. has antivirals and a stockpile of a vaccine likely to be effective against monkeypox, which has a case fatality rate of 1 to 10%, but scientists say death rates are associated with cases in poor, rural areas of Africa.

The New York Times and Washington Post posted helpful Q&As about the disease. Poynter Institute’s Al Tompkins has a helpful post for journalists looking for resources on monkeypox.

Monkeypox isn’t easily transmitted [public health officials say most of the current cases have been traced to sexual or personal contact], but scientists worry that the virus could mutate, and if that occurs, it could have pandemic potential. For that reason, reporters should read Yong’s Atlantic story asking if monkeypox could test whether the world has learned anything from COVID.

Recognizing that the feared scenario of one pandemic following another was possible, AHCJ hosted four experts for the “Public Health and the Next Pandemic: Still Not Ready,” session at the Health Journalism 2022 earlier this month.

During that panel, John Hellerstedt, M.D., the commissioner of the Texas Department of State Health Services, had some potentially comforting words for the audience. One of the reasons the COVID-19 pandemic caused so many infections, hospitalizations and deaths worldwide is that it was a novel virus.

“There was no human population that had any level of preexisting immunity to it,” he explained. “And so, it ripped through the entire world. Even influenzas are not quite like that.”

Unlike monkeypox, in March 2020, there was no vaccines for SARS-CoV-2, the virus that causes COVID, and there were no medicines to treat infected patients, he added.

Still, it isn’t clear if the U.S. has learned much from the recent past. Ali S. Khan, M.D., M.P.H., M.B.A., the dean of the College of Public Health at the University of Nebraska and a professor of epidemiology at the University of Nebraska Medical Center, has been frustrated that there was and continues to be a lack of legitimate public health policy debates about COVID-19.

“Instead, we decided to attack the science and scientists,” he said. Americans should have had robust discussions about how many elderly and people of color would need to die to maintain the economy and keep schools and workplaces open, he said.

“That’s a legitimate debate,” he admitted. “I’m framing it a little bit bluntly, but it’s a debate, right?”

Not having such discussions could be why many Americans simply refuse to wear masks or practice social distancing, he explained. Yet masks and social distancing are effective at preventing the spread of the virus, he added.

Even more worrisome is the lack of public health staff and infrastructure. Though Congress has authorized billions of dollars to boost the public health response to the pandemic, most state and local health departments are still struggling, raising questions about whether they could handle yet another dangerous pathogen if it became a pandemic threat.

Lauren Weber, the Midwest correspondent for Kaiser Health News (KHN), found that health care providers were fighting the pandemic with data from fax machines. “That’s really a key fact when you think about how our public health response went,” she said.

An investigation from KHN and the Associated Press called “Underfunded And Under Threat,” examined how the U.S. public health agencies were understaffed and ill-prepared during the coronavirus pandemic.