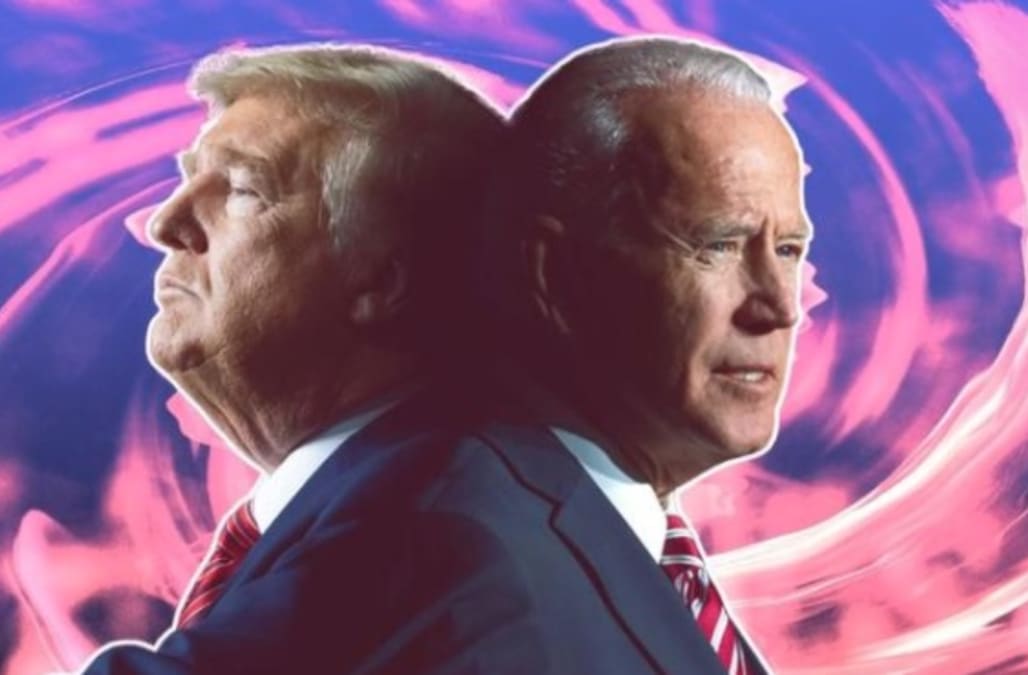 Joe Biden on Tuesday bristled when asked by a reporter whether he would take a cognitive assessment test similar to the one President Trump has occasionally boasted about passing. “Why the hell would I take a test?” the presumptive Democratic presidential nominee said.

The question about a cognitive test, which is designed to identify conditions like dementia, is the latest instance of the concerns of mental fitness being pushed to the center of the presidential race. Trump, 74, has repeatedly claimed that Biden, 77, is experiencing intellectual decline. His campaign has also run ads suggesting that the former vice president is “slipping.”

Biden, for his part, has occasionally turned the accusations around by raising questions about Trump’s own mental faculties. “This president talks about cognitive capability,” he said during a June news conference. “He doesn’t appear to be cognitively aware of what’s going on.” Anti-Trump groups not affiliated with Biden’s campaign have lobbed more overt attacks on the president’s mental state.

Discussions of age and cognitive ability have been part of previous presidential races, most notably Ronald Reagan’s successful reelection bid in 1984. But the bluntness of the attacks in the current campaign raises complex questions about both the ethical implications and political wisdom of questioning an opponent’s mental fitness.

On one hand, voters have the right to know whether the nation’s most powerful leader has the ability to carry out the rigors of the job. Either Biden or Trump would be the oldest person to hold the office by the end of the next presidential term. A compromised commander in chief could present a substantial risk to the country, some argue.

At the same time, a valid discussion of a candidate’s fitness can easily drift into ageism, elder rights advocates say. Suggesting that someone of advanced age will inevitably develop dementia or pointing to occasional flubs as signs of cognitive decline reinforces stereotypes that harm senior citizens, they argue.

As far as politics are concerned, some analysts believe Trump’s digs against Biden may prove effective. A key part of Biden’s appeal to voters is the idea that he represents a return to normalcy and stability for the country. Painting him as not up to the task of leading the nation could undermine that narrative, especially given Biden’s well-documented history of gaffes.

Others say the tactic could backfire by drawing attention to Trump’s own propensity for bizarre statements and erratic behavior. The president might also alienate older voters, whom he likely needs to win reelection, by leaning too hard on ageist tropes, some argue.

Both campaigns have indicated that the upcoming presidential debates will provide proof of their candidates’ mental acuity. Trump this week argued for moving the first debate up from its scheduled date of Sept. 29, but his request was denied by the Commission on Presidential Debates.

Ageism on display in the campaign harms older Americans

“It may be a campaign tactic, but older workers, be forewarned. Ageism runs deep in our culture — especially in the workplace. This kind of bias is pervasive and starts at the top, even as an off-the-cuff comment that sows a seed and adds to the perception of older adults as less-than.” — Kerry Hannon, MarketWatch

“Joe Biden and Donald Trump are both old. But the media should not be making mental illness a campaign issue, on either side. … But there’s more than enough for the media to critique each of the general election candidates about without trying to diagnose them with a disorder.” — Steve Krakauer, Mediaite

It’s fair to ask about mental fitness, but the discussion quickly turns toxic

“The debate reflects the raucous, attack-oriented character of modern political culture. Genuine concerns about the capacities of people who want the world’s most powerful job mingle bizarrely with insults, jokes and self-confident pronouncements from people with no evident qualifications to be speculating publicly about other people’s neurological health.” — John F. Harris, Politico

“The nightmare scenario for Democrats is that, at a pivotal moment during the campaign, Biden will struggle to put together a coherent thought, to maintain his lucidity, to convince the voting public that he is able to spar with Trump and the Republicans on the issues. Should that happen, Democrats will squander a prime opportunity to retake the White House.” — Matthew Rozsa, Salon

“While age is a real vulnerability for Biden, Trump, who is not much younger at 74, would be better-positioned to capitalize if he didn’t have his own history of meandering remarks and verbal blunders.” — Sahil Kapur, NBC News

Trump is doing Biden a favor by lowering expectations

“The Trump campaign is now betting his reelection’s already slim chances on Biden proving Trump’s diagnosis is right. … As of now, all Biden has to do to beat the expectations laid out by Trump is prove he knows he’s alive — a very light lift.” — Jonah Goldberg, Los Angeles Times

Trump risks turning off older voters with his attacks