Nearly half of voters are questioning President Biden’s mental fitness a year into his first term, according to a new poll.

Forty-six percent of voters are confident in Biden’s mental fitness while 48 percent are not, according to new poll conducted by Politico/Morning Consult. The 2-point margin represents a drop from October 2020, when voters had faith in Biden’s cognitive function by an overwhelming 21-point margin.

On the issue of Biden’s general wellness, 40 percent of voters interviewed believe he “is in good health,” while 50 percent say the opposite. Voters perceive Biden’s health to be deteriorating: the share of voters who believe him to be mentally sound has declined by 19 points since October 2020.

Former president Trump was subject to the same tests with constituents during his tenure. In 2018, nearly half of voters questioned Trump’s mental stability and intelligence, according to an ABC News/Washington Post poll.

In Biden’s case, the concern relates to his age. Turning 79 this weekend, Biden is the oldest man to occupy the office. Critics point to public verbal blunders, stuttering during speeches, and refusal to take questions from the press, as evidence of his cognitive decline.

The public perception that the president is becoming mentally incapacitated is likely to weigh heavily on Democratic leadership discussions over whether he should run for reelection in three years. Biden has confirmed that he plans to run again.

While Democrats still largely have confidence in Biden’s mental abilities, a large segment of independents, by a 23 point point margin, have lost that confidence. The dissatisfaction among independents has translated to other polling metrics, including Biden’s general job performance rating, which dipped to a new low of 38 percent in October.

Public opinion has soured on Biden's health and mental fitness, according to new polling

Fri Nov 19 , 2021
President Joe Biden.John Tully/Getty Images Public opinion has swung away from President Biden on perceptions of his fitness for office. A Politico/Morning Consult poll found 50% of Americans disagree that Biden is “in good health.” Compared to the same question a year ago, there has been a 29 percentage point […] 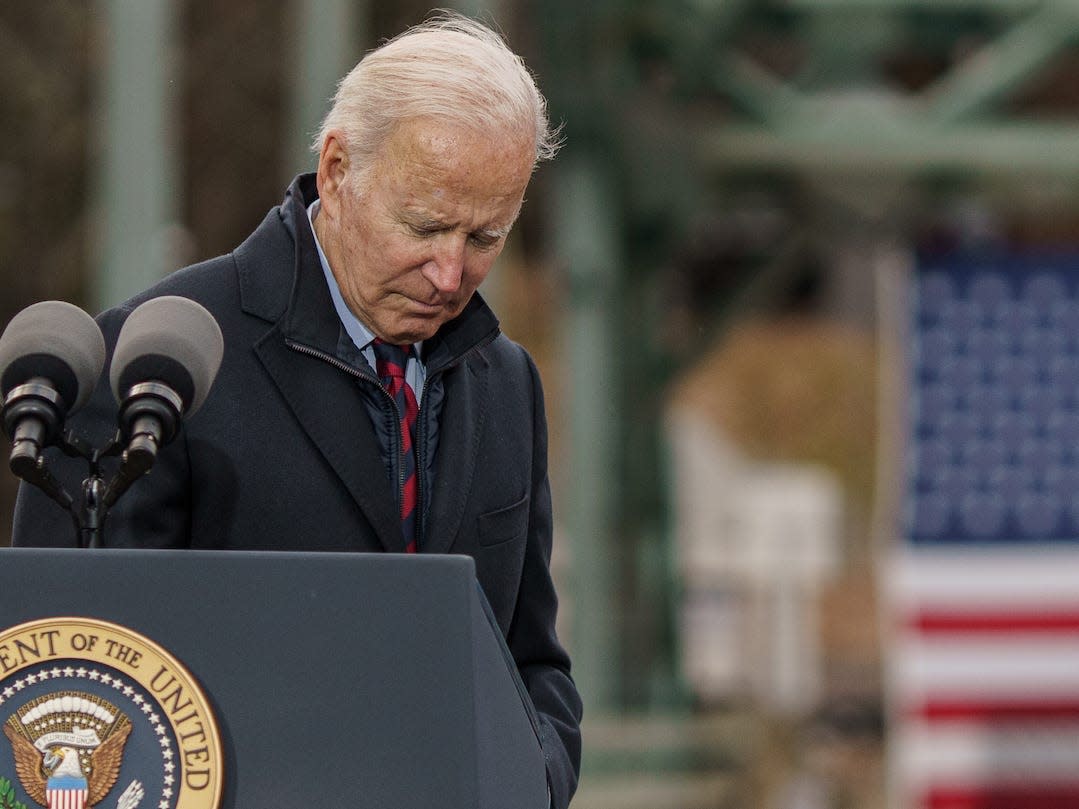