Ongoing closures of gyms, swimming pools and leisure centres are “disproportionately” affecting women, according to Sport England, which warns gender inequalities have been exacerbated by lockdown.

The Government-formed body expressed concern to MPs that the clock is being turned back after women’s sporting participation was boosted by last year’s football, netball and cricket world cups.

Activity levels were at record highs pre lockdown, but “less women than men” have been able to be active as families were placed under pressure by Covid-19.

“We’ve seen an exacerbation of inequalities that existed before lockdown,” said Alison Donnelly, executive director of communications and marketing at Sport England.

The Commons’ Digital, Culture, Media and Sport Select Committee praised Donnelly over the Sport England-backed This Girl Can campaign, which was first developed in 2015 to promote sport and activity among women, and since then has inspired four million women to act.

“In terms of the gender gap, This Girl Can played a really important role trying to close that but we are worried that women have found it difficult for a variety of reasons,” Donnelly said. “Burden of care and child care responsibilities have “amplified gender stereotypical norms”, she explained. “As we come out of lockdown there is a widening of that gender gap,” Donnelly added.

Despite the overall trend, young girls have been more active during lockdown that young boys, unlike in schools where boys tend to be more active in team sports.

“There’s some really interesting lessons there in how we provide sport,” Donnelly added. She cited evidence showing women’s health is at more risk of declining amid the ongoing closures of indoor exercise facilities.

“The continued closure of gyms, pools and leisure facilities are worrying because women disproportionately use those facilities,” she added. “In terms of classes offered at leisure centres, 80 per cent of those that use them are women. We were disappointed like others that the next wave of openings do not include indoor facilities.”

Sport England research shows how during the height of the pandemic, 46 per cent of the public felt “encouraged to exercise” by Government guidance, but, since restrictions loosened, “nearly a third” said it was a challenge to maintain their activity levels. Activity levels were at a record high before Covid-19, with 28.6 million adults doing at least 150 minutes of moderate intensity physical activity a week, Sport England added.

Home exercise routines are likely to be the most common form of keeping fit for months. Gyms and leisure centres recently opened a series of “showroom sites” in an attempt to convince public health agencies that they are safe to reopen this summer after a proposed July 4 date was blocked by the Government.

Thu Jul 2 , 2020
Roku ROKU recently added Peloton App, Peloton Interactive’s PTON virtual fitness platform for Roku streamers. The Peloton channel features thousands of instructor-led workouts that can be done with or without equipment. The Peloton Roku app is available in the United States from Jul 1 and in Canada from Jul 2. […] 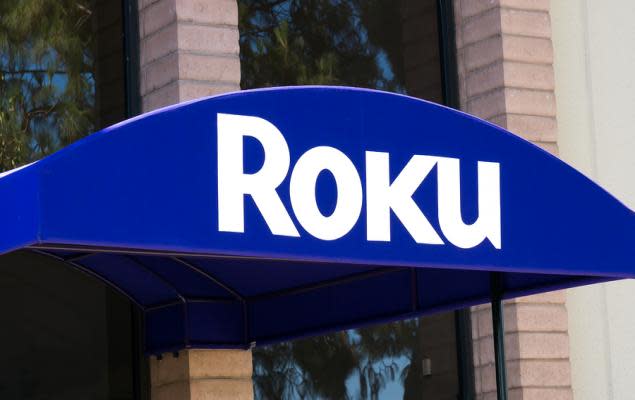